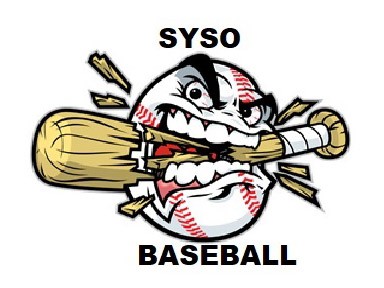 1. No metal or screw type cleats may be worn.
2. All players must play at least three (3) full innings in the field.
3. Roster batting is in effect. Any player who arrives late will be entered in the last spot or next available spot in the batting order if it turned over.
4. Nine (9) players maximum are permitted in the field.
5. When a catcher is on base with two outs, the courtesy runner will be used. The last batter to
make out should be the courtesy runner.
6. NO LEADING.  Runners may steal on pitcher’s delivery (first move).
7. Stealing of all bases is permitted. Stealing home is not permitted when up by 6 runs.
8. Continuation of play: To prevent a base runner who has just received a base-on-balls from
further advancement, the team in the field must have the pitcher in dirt area
9. No slap/slash bunting is allowed.
10. A batter may not steal first on a dropped third strike.
11. Mercy rule is in effect, 10 runs after the losing team bats 4 times.
12. 8 Run cap per inning except in the 6th.
13. A team must field at least eight (8) players at the beginning of a game. Teams that are short
players may borrow players from the other team to play the field.
14. A game is six (6) innings of play. The game must go a minimum of four (4) innings (3 1⁄2 innings if home team is winning) to be an official game.
15. 2 hour time limit per game. Teams may not start a new inning beyond 1 hour and 45 minutes.
16. Score books must be maintained throughout the game by both teams.
17. Bases are 70 feet apart. Pitcher rubber will be 50’ from the back of home plate.
18. Infield fly rule is in effect.
19. Pitching rules:
A.) Pitcher is not allowed to throw more than 65 pitches per day.  Hard Stop (middle of at bat)
Maximum of 85 pitches per week.  Hard stop on this number.  Appropriate rest is required for next outing.

20. No contact rule is in effect. Runners must slide to avoid contact with the fielder at any base.
21. Free substitution is permitted.
22. A manager may make only one trip to the mound per inning, except in the case of injury. The second trip to the mound will result in the removal of the pitcher.
23. Baseballs allowed for league play must be Little League approved.
24. Bats must be USA approved, or a wooden bat.
25. Attendance/Eligibility: A player must attend and participate in a minimum or 50% of the regular
seasons games in order to be eligible for making the All Star team and to be eligible for the roster
during the playoffs.
26. Home team supplies two new balls for each game. After that the home team may supply lightly
used practice balls.
27. All pitchers must wear a heart guard. Catcher’s masks including hockey style (even player owned equipment) must be inspected by the coach prior to all games. Catcher’s masks must have a throat guard. All catchers must wear an athletic supporter.
28. Hearts guards and athletic supporters are required for every player.
29. Arguing with an umpire will not be tolerated. Any coach found arguing with an umpire will be
removed from the game and may not be allowed to coach any longer, at the baseball boards discretion.